After  dropping claire off at the airport so she could head home to recover from her shoulder injury from Mt St Anne i continued on with the 2 young Aussies Matt dodds and Jesse Beare in there RV to Windham, it was the second world cup for me in over a year and first world cup for the convict australians and they were loving it heckling 24/7.

The top fast section at Mt Ste Anne was pinned!

Anyway i had some bad luck in Mt St Anne the week earlier with a mechanical, bike setup and did not qualify so i was keen to get a result and get back into the mix of things, i was still struggling with my bike set so i made some big changes that helped but still wasnt enough for the fast, rough,rocky track with motocross sized jumps, i felt like it was to little too late.

By qualifying half the track had turned to thick powder in sections, large holes were appearing,rocks were being smashed and left lying in the track, turns blowing out it was destruction and chaos. I started well and railed the few top turns then coming into one of the steeper rock garden chutes i dropped of a rock slab into some big holes  and bottomed out, i blew out the turn after it and went straight thru the tape  into the field so it was game over! Very dissapointed… 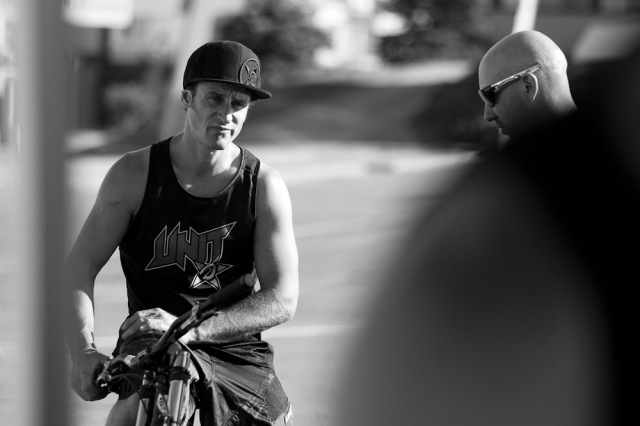 Back in whistler now and were both re-focussing, getting our bikes dialled from the info weve gathered from these 2 races, back into training and will be kicking ass at crankworx next month!

Race day !!!
Out here in Fernie BC running the @intense Podium Payback Program !
Cool angle by Matt the other week👊
This is Zane Stratton the son of my best mate in OZ, one of two riders I support through my Kovarik Racing program back in Australia.
**Sponsorship Opportunity! **
Into the Grinch trees.
Loading Comments...
%d bloggers like this: